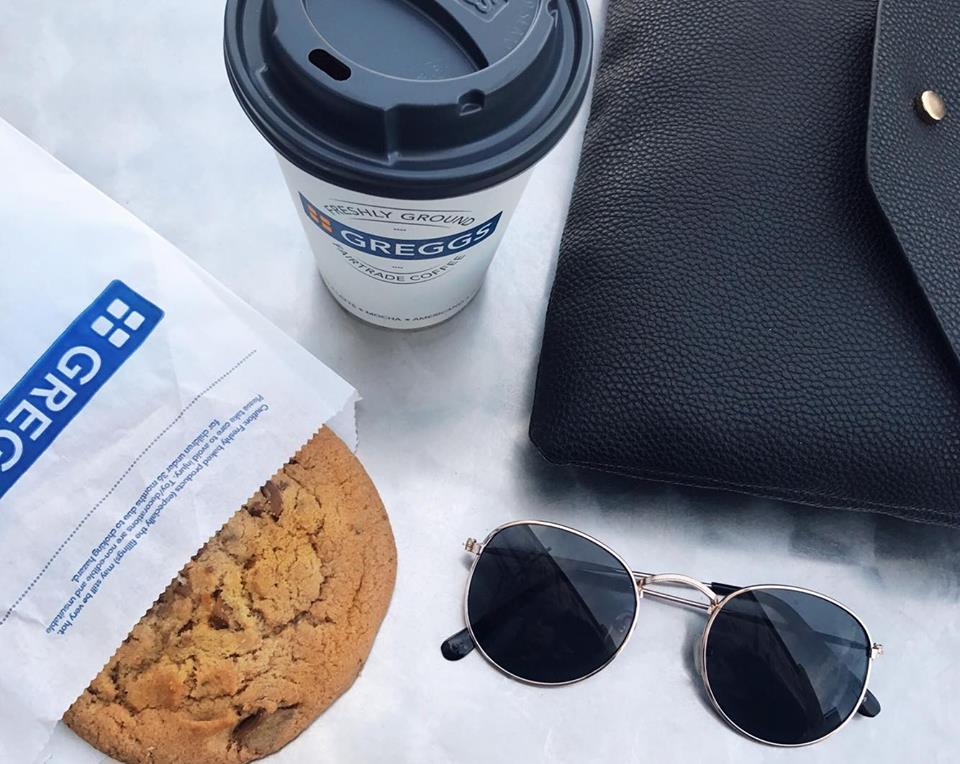 Coffee – some love it, some hate it, it’s one of those things. Personally, I love a good cup o’ joe in the morning or whilst I’m out and about – it’s my go-to catch up situation. A latte with soy milk is my personal choice. And, to be honest, I usually just end up in Starbucks because, I know I like it, and free wifi. But the question produced for me is, is it the best when compared to it’s competitors? Which is why, as part of Fairtrade Fortnight, I went out on a little coffee crawl (because who needs pub crawls when you’ve got coffee crawls ey?) and tasted a latte coffee (pun intended) and doing a taste test review of some chain coffee shops for you to find the ultimate coffee. Here are my thoughts… 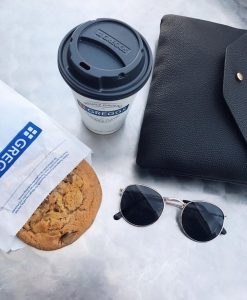 I have to admit, I hardly visit Greggs. I don’t really know why – I just don’t think to. However I can honestly say I’ve been rather enlightened, firstly by the fact a vanilla latte, cookie, coke and sausage roll only came to £4.70 – what?! (that wasn’t all for me, just saying…) But seeming as coffee and a cookie on it’s own would come to that much if not more at Starbucks, and the quality doesn’t differ because of this! I was actually pleasantly surprised to see a vanilla latte on the drinks menu, it just adds a lil’ somthin somthin, and was fresh and tasted amazingggg – you really can’t ask for more.

Greggs’ coffe is also fair trade which, when I heard, I was over the moon to know. They’ve been really promoting and preaching Fairtrade recently and it’s great – I’m 100% pro Fairtrade with everything, if there’s a Fairtrade option on the shelf, I’ll get it. So to know even my takeaway coffee is helping this amazing movement makes me super happy! Overall, Greggs definitely has a on the go vibe to it, but it’s perfect for that sense and that doesn’t change the coffee at all, 5 coffee beans out of 5.

Costa and I have has a weird relationship. I go there, but it’s never the first place I think of for coffee. Okay their Christmas range are always great. But for an every day thing it’s just another coffee shop. So going in with very observant eyes had me leaving quite perplexed about it. Firstly, it was the most expensive out of the 4, and by quite a lot, which really took me back as honestly I always thought Cafe Nero was the ‘expensive place’. Saying that I did go for a more experimental coffee with a mocha latte. However, in theory this is just half and half of 2 coffees mixed together. How cheeky Costa.

The coffee tasted fresh and nice, definitely the hottest out of the lot. However nothing special. Also from what I can gather from my friend Google, Costa doesn’t seem to be Fairtrade which is just a tad disappointing in my eyes. But, all in all, if I need a quick coffee fix and that’s the only place around I’d drink there like I would now, however it isn’t and still won’t be a go to for me. I give it 2 coffee beans out of 5. 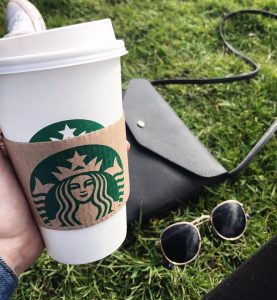 Ahh, Starbys, my second home. Starbucks definitely has it’s unique feel which is attractive to so many like myself. I did, however, always think it was over priced. However after this little coffee crawl of mine, it’s pretty average for a coffee, I can’t knock it. I also believe Starbucks does do Fairtrade, which is a big relief to know because I go there so much. There’s not much else to say, but I can always rely on Starbys to produce a fresh, great tasting cuppa and I was once again satisfied with my coffee, another 5 out of 5 from me.

The coffee shop I thought would be most expensive. Funny how things play out eh? Again my coffee was a pretty average price, matching Starbucks. However I can’t say the taste was all that great. I’m not sure what it was, I just wasn’t impressed. It wasn’t bad but I could have easily recreated it at home for a lot cheaper. It was fresh though, I will give them that! However, once again, they don’t do Fairtrade it seems. And being really conscious about these things for me it repels me. I’ll give it a 3 out of 5.

There we have it people! I was genuinely shocked by some of these discoveries and, although it’s just coffee, as a coffee enthusiast it’s good to know where my moneys going for something I’m very passionate about. I think to conclude, each place has their own feel and idea around them which is great. But when it comes to coffee I will definitely be going to Greggs more (still can’t get over that mega bargain?!) for when I’m on the move. But Starbucks will always have my heart as well. I also apologise for the lack of pictures, the Costa and Cafe Nero ones didn’t come out as well as I’d hoped – oops…

This post was in collaboration with Greggs and Fairtrade as part of Fairtrade fortnight. However all opinions are 100% my own.

If We Were Having Coffee. #3