I have the immune system of a chocolate teapot. I recently got a kidney infection which left me bed ridden for a week, and just as I got better and was catching up on everything, I get sick with a stomach bug, which also left me pretty bed ridden for a few days – so I’ve been a bit on and off with the old blog and social media. But I’m back! And today we’re talking about my top music picks.

I also want to thank ASOS for the 8 page spread of Cole Sprouse which are also perfect for blog photos. It’s a win win.

So as I said I thought today I’d share some current favourite songs/artists that are may be known, may be more unknown, I have no clue. But I personally enjoy finding new music and new artists and gathered there’d be others too. I can’t really explain to you what my music taste is, really. Because I honestly listen to most sorts of music, from indie to pop to rock to classical – it just depends what mood I’m in I guess? And after actually writing the post, it’s mainly chill/indie/slight R&B/acoustic stuff. But all pretty ‘chillout’ music, so here goes. 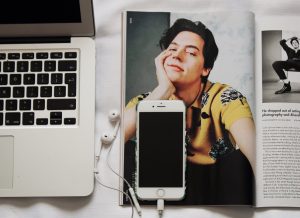 Now, I couldn’t not share my all time faves, who have blown up in the recent years, but in case you haven’t heard of them, you need to hear of them. They are perfect for your chill out playlist, roadtrip playlist, even breakup playlist if that’s your thing – they have this sort of versatility and style that I really haven’t seen in other artists, you can find songs and artists that have similar stuff but I’ve never really found the same style as they mix so many genres and moods into one, it’s genuis. From their newer stuff I love the song ‘pink skies’ but definitely check out their older stuff too, their ‘make out’ album is one to indulge on.

This guy is a chill, sort of indie and atmospheric but with I guess what you’d call an R&B influence? (Can you tell I know my music jargon…) but again, this is one to pop on your chillout/summer playlist. He’s perfect for some easy listening but there’s something to it that gives you this tranquil feeling. I recommend listening to ‘Something About U’

I’ve specified the song here, as I found it on a Spotify playlist, and honestly I haven’t listened to any of his other stuff yet – I probably should though as I love this. I seem to be sticking to the chill theme at the moment, I guess it’s my muse at the moment? This is definitely a bit of a moody chill song, maybe I just think that because it’s quite low and indie, who knows. But definitely take a listen if you’re in need of an indie chillout.

Sticking to the indie theme, and it is pretty chill and easy. But it’s more indie-pop this time so definitely a bit more of a feel good band. These guys were my summer go-to. They’ve just got this refreshing sound to them, and I’m pretty sure they’ve appeared at a few festivals which is definitely their perfect crowd. ‘Waterfall’ is my all time favourite song, you can’t get bored of that song. But they’ve recently dropped their new single ‘Caught Up’ which I predict will be on repeat this spring/summer.

Okay, I guess this is sort of indie, but I’m classing more as acoustic for me. If you’re into easy, maybe slightly moody music to some, this song is perfect. It’s a great late night song if you like a bit of music before you go to bed. Again, I haven’t really listened to any of her other stuff but I believe shes a singer/songwriter/guitarist so I suspect a lot of her stuff will be similar.

HONNE – WARM ON A COLD NIGHT

I honestly have no clue how to describe their style. So Imma let Spotify do it for me: ‘Honne combine soul with synths to convey their version of musical intimacy’. They use a lot of electronic sounds and different styles and create their own sound with it and I really haven’t heard much like it. Possibly not for everyone, but it is an easy listen, it’s just a little bit different. But definitely give it a try, you never know.

I’m pretty sure she tends to be described as ‘electro-pop’ which pretty much sums it up? I just find electro-pop an ugly term. I’d still say she could appear on your chillout playlist. But more of a daytime chill rather than trying to sleep as it has got that lively sound. This isn’t her song, but her version of ‘Somebody Else’ is beyone amazing. Y’all need to hear it. She’s really injected her own style into the song whithout making it a new song altogether, it’s fab.

And that are a few of my music recommendations, maybe you like them, maybe you don’t. I honestly don’t know but I’m running out of blog post ideas lol.

Oh also, I recently switched over my blog Pinterest to my personal Pinterest, as there’s no point of having two (I don’t know what I was thinking either) so lets be friends! Okay I’m done now.