I told myself in the new year I’d write more personal blog posts. And we’re now half way through the year and I have a total of like 6 drafts and a total of 0 posted personal blog posts. Nice going Em. But honestly I just end up cringing at myself. I can’t help ending up in the fetal position because I sound like a 2012 Tumblr quote. And I know I shouldn’t feel that way but it is how it is I guess. But this is a subject I’ve wanted to waffle on about for a while now. As it’s a really weird one for me. So although there are loads of posts just like this out there (soz) here’s some real talk about friends. By Emily. 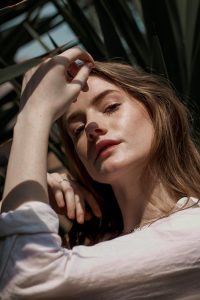 I had never taken the ideas of ‘friendships’ too deeply until about last year. It was during a phase of finding a lot more self love and self confidence. And it became apparent that, not to sound generic, but I needed to surround myself around the right people to have the right mental space. And it also became apparent that, not many of my ‘friends’ were giving me the right mental space I needed. I had to face the reality of letting people go.

For the past nearly 20 years of my life I’ve avoided the idea of letting friends go. Okay yeah I’ve let old boyfriends and acquaintances go. But friendships are a knot which are hard to untie. I think I was scared of seeming like a bad person for drifting apart, and it’s somewhat selfish of me. But after many a late night chats with people you come to realise it’s an act of self care and by no means selfish at all. We outgrow people, that’s just fact. 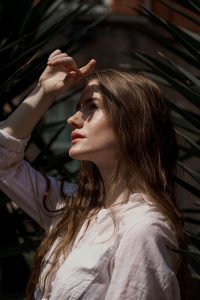 It’s been a little different for me as I realised what I thought was quite a close relationship was actually a very toxic and manipulative friendship. To the point of stealing money from me and not letting me post certain photos as ‘I looked too good’. Yeah, we won’t go there.

At this point you’re probably like ‘uhhh and it took you this long to let her go??’ Well yeah as we were very close. Dare I say best friends. And my head was trying to justify what was happening because I didn’t want to let go of how our friendship used to be. Because it wasn’t until about a year ago it became a toxic friendship. I didn’t want to be the person to break things off. But I’m too nice, and I had to realise by being too nice to others, I wasn’t being nice to my mental health.

Let me just tell you here, if someone doesn’t make you want to love yourself or care for yourself. Or if you feel like it is a one way tango, this isn’t a healthy friendship at all. I constantly felt in competition with certain people and I wasn’t loving myself because of it. I also can’t stand people who try to compete. It’s all about that life changing magic of not giving a fuck (sorry mum). And you shouldn’t feel guilty about that, I can’t preach that enough.

And it wasn’t just this one person, this was just a big pivot for me. I’ve learnt to filter my friends since and I’m feeling a lot better for it. I was never one to actually have a girl group anyway. None of those group chats or girls holidays. But I’m kind of glad, as I feel it would’ve messed with my head. No fomo here. 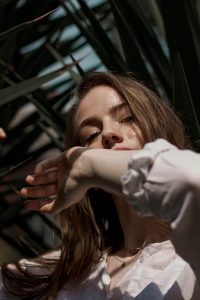 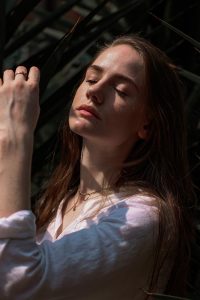 However, at nearly 20, I’m feeling somewhat confused about my social life and my friends. I tend to tell people I have no friends, which I know isn’t true. I’ve just never stayed local, from secondary school I was always at least 45 minutes away from my home, whether it be studying, socialising or doing a hobby. I’ve felt this especially when blogging as London seems to be the social hot-spot. And living in the Cotswolds, even 45 minutes is a long way away. I’ve always liked moving around, it means I meet a variety of people and have lots of different friendship groups for my different personalities and interests.

I’m also very independent, I like my own space. However as an ‘adult’, and as someone who’s striving towards working freelance, I feel slightly anxious that I won’t have anyone around me to pop to the pub for a pint or have a movie night with spontaneously. Because I’ll have to plan in advance and have to travel. So when I say ‘I have no friends’ this is all I mean. No local friends. 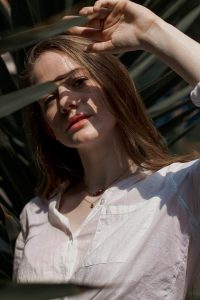 Don’t get me wrong, in each of these spots I’ve been to, I have one or two forever best friends who will always stay very close to my heart. But it’s sad as I don’t see them often.

Are you still with me? Anyone relate?
This was probably the hardest part of leaving uni/drama school. I was with some of the closest friends I had made in a while and after the first few days they were very close to my heart. And I didn’t want to go as I had a solid social and friendship group. And I didn’t want my last image of me to be depressed, bed bound with basically an eating disorder, unable to socialise and be myself. As it wasn’t me. But I had to do what’s best for me. But I still speak to them and I will hopefully see them all soon so they don’t see me in such a bad way.

By no means am I sad or lonely about this situation. More like pro-active. I still have some lovely friends local, but in a nutshell I’m working out how to make ‘friends in your 20s’ when I’m not even in my 20s yet (give it a month and I can say that). And I have no clue how. It’s so weird, you take for granted the solidarity you have in your adolescence. You have people you see everyday and have clubs and hobbies which create these friendship groups. But that isn’t really a thing after you’re 18. It’s all about clubbing which isn’t my thing. And it made me question if I’m too judgy or if I’m the problem? I’d hope not. But I honestly just think its a matter of time. And this post is getting long, so here’s a summary.

Don’t feel bad for letting people go it’s all a part of life and self care. Notice the signs of a toxic friendship and know your worth. You’re never too old to make friends, but I’m not sure how we’re going to work on it. But we will. Just give it time. I also don’t have anything against girl groups or how other friendships work. This is just my own situation. Also side note I haven’t discussed, don’t knock your online friends. I’m so so grateful for the people I’ve met through blogging.

G’night. And excuse the waffle, this post is basically raw and unedited and I’m pretty illiterate.